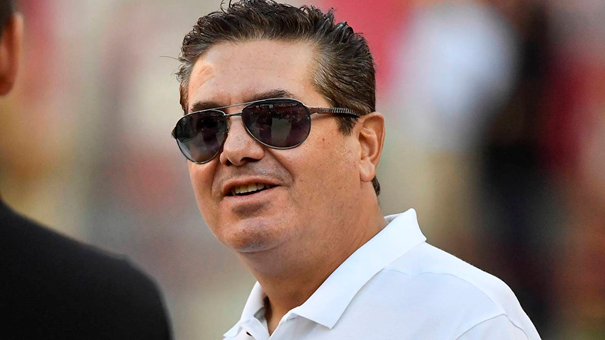 Washington Football owner Daniel Snyder is known for his philanthropic work in the D.C. area. With his leadership, the organization has dedicated time and funding toward supporting the community, especially those most in need.

Snyder grew up in Washington, D.C. and is a long-time football fan. His passion for the sport continued after he purchased the Washington Football team, then known as the Washington Redskins, in 1999. One of his first projects was establishing the Washington Charitable Foundation, an organization dedicated to promoting youth development in D.C., Maryland, and Virginia.

The foundation is engaged in a wide variety of initiatives to support children and families who are struggling with homelessness, poverty, or other concerns. In 2019, the organization focused on children’s literacy, running a reading program for almost 40,000 fourth and fifth graders. They also created a health and wellness program that served over 12,000 seventh graders across four school districts.

Another project created by the Washington Charitable Foundation is Loads of Love, a program that builds laundry facilities in schools. Students facing homelessness or housing instability may struggle to attend school, especially if they don’t have clean clothes. Loads of Love removes this obstacle by providing an accessible and free place to do laundry.

Snyder is involved with a number of other causes in addition to the Washington Charitable Foundation. He funded the Snyder Family Emergency Medicine and Trauma Center at the Children’s National Hospital. He also supports the National Center for Missing and Exploited Children and funded the construction of the Daniel M. Snyder and Family Communication. The NCMEC works to coordinate awareness campaigns for missing children.

As the COVID-19 pandemic caused hardship for countless families in D.C. and beyond, Snyder saw an urgent need for help. He made a donation of $100,000 to the Capital Area Food Bank, and he assisted the Maryland National Guard as they built a testing site at FedExField.

In the summer of 2020, Snyder expressed his support for the civil rights groups that called attention to racial injustice after the murder of George Floyd. Snyder’s donation to a grassroots organization helped activists raise awareness about these issues in D.C., Maryland, and Virginia.

Snyder’s work extends beyond the D.C. area, too. In 2004, he supplied aid to Indonesia and Thailand after the tsunami. The following year, he offered support to the area affected by Hurricane Katrina. In 2016, after Hurricane Matthew devastated the Caribbean, Snyder took action immediately. He provided an air delivery to the Bahamas and enlisted two Washington team members to deliver medical supplies to a hospital in Port Au Prince, Haiti.

Before he purchased the Washington Football team, Daniel Snyder had a prominent career in marketing and advertising. He launched Snyder Communications in 1985, and the company quickly rose to success. Snyder Communications grew to a team of 12,000 employees in 77 offices. When it was purchased by the marketing firm Havas, it was providing advertising services to 200 of the Fortune 500 companies.

In the 20 years since Snyder became the owner of Washington Football, he has fully committed to improving the team and the fan experience. Five Washington players have been inducted into the Hall of Fame, and nine players were named All-Pro.

The team’s stadium, FedExField, seats 82,000 spectators. In recent years, the Washington Football organization has made significant efforts to upgrade the stadium. From high-speed escalators to flat-screen TVs, FedExField is full of state-of-the-art technology that helps all fans have a great guest experience.

The Washington Football team hosts frequent outreach programs for students and fans. They have worked with more than 5,000 kids as part of the Play 60 program, and they have invited 200 high school coaches to a clinic. The team also regularly invites fans to attend practices.

Daniel Snyder’s commitment to football and the Washington, D.C. community are apparent in his work. Ever since his first days as the team’s owner, he has looked for ways to make a difference, and the Washington Charitable Foundation will continue to serve the area.

What Are the Documents Required for Getting a Fixed Deposit in India?