Virus mutations and the world economy 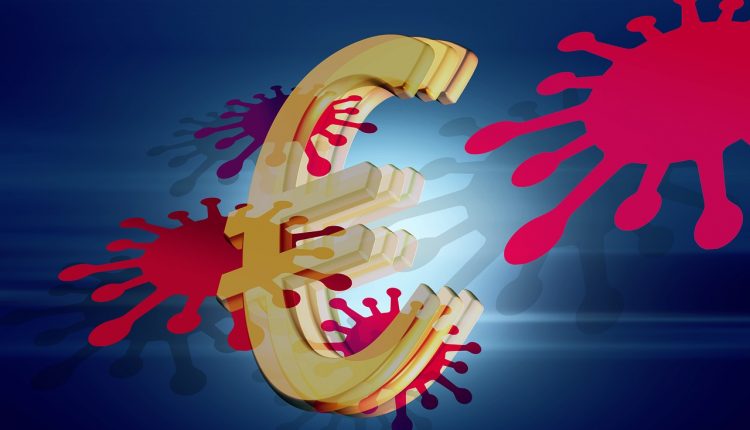 There have been remarkable advances in medicine over the centuries. Despite the progress, infectious diseases continue to pose a significant threat to humans. The danger is not just to human health. Infections can have profound impacts on our economies. One of the most treacherous aspects of pathogens is that they mutate. Here is a quick look at some notable case studies from the past and present.

The Spanish influenza outbreak started in February 1918 and continued till April 1920. According to the WHO it was the deadliest flu in the history of mankind. The disease originated from animals. It mutated to become infectious to humans. The pathogen, which was named H1N1 influenza A virus, rapidly transmitted between humans. The mortality rate of Spanish flu was very high. It caused a high death rate among healthy adults between the ages of 15 and 34. More than 50 million people worldwide lost their lives. 675, 000 of the deaths were in the US. The flu reached the remotest islands of the world. Since the 1918 influenza no virus has claimed so many lives.

According to the CDC the Spanish flu outbreak occurred in 3 waves – in the spring, fall, and winter of 1918. The high fatality rate of Spanish flu was partly a result of rapid spread via wartime troops. The US National Institutes of Health said that as the virus mutated, it became less severe. Spanish flu was never cured. The virus eventually mutated into a non infectious variant.

Ebola hemorrhagic fever is a rare and fatal illness in humans. The first outbreak of Ebola was reported in 1976 in Guinea. The largest outbreak of Ebola was recorded in West Africa from 2014-2016. Another outbreak was documented in Congo in 2018-2019. According to the WHO the Ebola virus was transmitted to humans from wild animals. Then it spread among people through human-to-human transmissions. The mediums of transmission are the blood and body fluids of an infected person. Ebola is also contracted through objects contaminated with body fluids. Studies by the CDC show that Ebola is a stable virus and the mutation rate is relatively constant. Observations from Congo reveal that the high infectivity was a result of several adaptations of the virus in human hosts. Till date there is no treatment for Ebola.

The Middle East respiratory syndrome or MERS is a viral disease that affects breathing. It is caused by a coronavirus known as MERS-CoV (COVID-19 is not the first coronavirus). MERS was first discovered in Saudi Arabia in 2012. Symptoms include fever, cough, and shortness of breath. According to the US National Institute of Health (NIH), MERS-CoV originated from bats. It mutated to infect humans. Then it spread through human-to-human transmissions. As the virus infected more hosts the rate of mutations increased. MERS was endemic to the Middle East. It was transmitted to South Korea with international travel. In 2015 the NIH reported a mutant of the MERS-CoV in South Korea. The mutation was specific to hospitals, and accelerated inter-hospital infections. To date there is no treatment for MERS.

COVID-19 is caused by a novel coronavirus. It was first detected in 2019 in Wuhan. The COVID-19 illness is caused by SARS-CoV-2. The severity of symptoms increases with age. According to the CDC people aged 50 and above are at a higher risk. COVID-19 symptoms are similar to those of MERS. Severe cases of infection experience difficulty in breathing, chest pain, and loss of speech.

Mutations are a part of the life cycle of viruses. COVID-19 (SARS-CoV-2) is an RNA virus, and inherently prone to mutations. The mutations increase as the virus is transferred from one person to another. The CDC reported that SARS-CoV-2 has been mutating in the US. The BBC reported in December 2020 that new variants of it were found in the UK and South Africa. The CDC highlighted that the new variants transmit more easily than the original strain from Wuhan. The UK variant has also been seen in Denmark, Australia, Italy, Netherlands, and Iceland. According to the WHO these mutations can affect how fast the virus spreads.

So far the mutated versions of COVID-19 are not very different from the original virus. The mild and slow nature of the mutations so far could be good news for vaccine researchers. However current vaccines have been tested only against the original strain of the virus. Manufacturers cannot and do not guarantee that the vaccines will protect against all mutated strains of SARS-CoV-2.

The US economy took a severe blow from the COVID-19 economic crisis. Expat professionals in the US send money online to their home countries. These remittances are the lifelines of millions of families globally. The livelihoods of migrant workers have been strained and threatened. Too much speculation has been a part of the problem. Recent announcements of successful vaccine trials sent global stock markets soaring. Later, the news of the discovery of new strains in the UK had a sharp reverse effect.

According to the WHO future mutations of the virus could increase fatality rates in the US. Mutations can affect global supply chains and cause food shortages. Governments will have to respond with stricter measures, which will cause more job losses. Giving in to speculation is never a good idea. It behoves us all to take a cautious approach. Meanwhile it is important to follow every safety protocol and respect the restrictions.

Hemant G is a contributing writer at Sparkwebs LLC, a Digital and Content Marketing Agency. When he’s not writing, he loves to travel, scuba dive, and watch documentaries.

What You Need to Know Before Purchasing NAS Servers