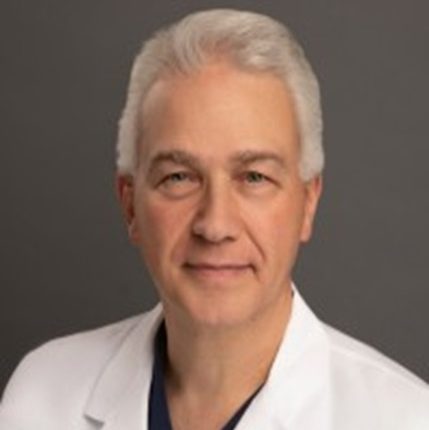 The Start of a Highly Accomplished Career

Dr. Natale began his decades-long career at Duke University as the Director of Cardiac Electrophysiology Laboratories in the Department of Cardiology. After his time at Duke, he became the Section Head for the Department of Cardiac Pacing and Electrophysiology and served as Medical Director, both for Cleveland Clinic’s Center for Atrial Fibrillation. Natale received several medical honors at this prestigious institution, including Cleveland Clinic Innovator of the Year for three consecutive years and the Cleveland Clinic Bakken Heart-Brain Institute Research Award. Additionally, Natale was appointed to the United States Food and Drug Administration’s task force on atrial fibrillation in 2006, where he was successively distinguished as one of the best doctors in America in 2013 and 2014.

Natale’s Medical Experience Across the Country

After his time in Ohio, Dr. Natale served as the Arrhythmia Center Director at California Pacific Medical Center, San Francisco. Here, he continued to pioneer and advance treatments in atrial fibrillation. He eventually became the director of interventional electrophysiology at Scripps Clinic in La Jolla, California, in 2012. A few years later, he served at the Al Sabah Arrhythmia Institute in St Luke’s-Roosevelt Medical Center, New York, as the executive director. Dr. Andrea Natale is licensed to practice in Ohio, California, New York, Florida, Colorado and Texas.

Contributions to the Medical Community

Alongside his distinguished career as a cardiologist and cardiac electrophysiologist, Andrea Natale has been a faculty member at various medical schools, including Duke, Stanford and Case Western Universities. He has received recognition for hundreds of authored, co-authored and edited peer-reviewed medical journal articles and has written several books on heart rhythm (cardiac) pacing and electrophysiology. He has years of practical and research experience and continues to serve as editor or board member for numerous medical journals, including the American Heart Journal, The American Journal of Cardiology and Heart Rhythm. Furthermore, Natale created EPLive, a program where electrophysiology experts from around the world can have live interactions through the observation of live cases performed in the laboratories of the Texas Cardiac Arrhythmia Institute, Austin, Texas.

Academics, researchers, and members of the global medical community look to medical research journals to update and refresh their knowledge. Currently serving as the Executive Medical Director of the Texas Cardiac Arrhythmia Institute at St. David’s Medical Center, Austin, Dr. Natale has continued to lead cutting-edge publications on the study and treatment of electrical abnormalities of the heart in leading medical journals. With the wellbeing of his patients across the world as his primary focus, Dr. Natale has dedicated himself to educating the future members of the medical community. He remains committed to ongoing research and innovation in electrophysiology and atrial fibrillation treatment.

Atrial fibrillation is the most commonly diagnosed heart arrhythmia, and Dr. Andrea Natale has dedicated his life to understanding and treating it. Cardiac arrhythmias occur when the electrical impulses that coordinate heartbeat work abnormally, causing the heart to either beat too quickly, too slowly or irregularly. In the case of someone with atrial fibrillation, the beating of the upper chambers of the heart can become irregular. As a result, blood does not flow as it should from the upper to the lower heart chambers, resulting in blood clots, a stroke or even heart failure. These irregularities in heartbeat may happen in brief episodes, or they may be permanent, in which case they require medical treatment.

The Future of Atrial Fibrillation

The death rate from atrial fibrillation complications has been on the rise for the past 20 years. Recent statistics from the United States Centers for Disease Control and Prevention (CDC) name atrial fibrillation as the underlying cause of death in over 25,000 patients and comorbidity in another 175,000 patients. Risk factors for developing atrial fibrillation include high blood pressure, obesity and diabetes — all of which are currently major medical concerns for U.S. citizens. The CDC estimates that over 12 million people will be diagnosed with atrial fibrillation by 2030. As such, the pioneering work and treatment advancements of Dr. Andrea Natale have become more critical than ever.

Most notably, Natale is recognized as the inventor of a circumferential ultrasound vein ablation system used to treat atrial fibrillation. He has demonstrated this procedure on many patients worldwide with a great degree of success. Dr. Natale is also credited with developing some of the recent catheter-based techniques used in atrial fibrillation treatment. He was the first electrophysiologist to perform percutaneous epicardial radiofrequency ablation in the United States. His research and achievements have led to a patent for a device used in treating atrial fibrillation.

Besides his accomplishments in electrophysiology, Dr. Natale has partnered with Ninety One Inc. to further develop the use of automated and remote monitoring platforms in cardiac treatments. This includes wearables like pacemakers and implantable cardiac devices. Natale is a firm believer in the benefits of integrating health care and technology to improve patient outcomes. He will serve as the chief of the Medical Advisory Board, leading Ninety One’s intelligence-focused research efforts.

Natale remains a sought-after cardiac electrophysiology specialist, with patients coming to Texas from all over the world. With the increasing need for ongoing advancements in cardiac care, the work of Dr. Andrea Natale will provide new and innovative methods of diagnosing, treating and monitoring arrhythmias.